Alba Blaj crowned League Champions with one game to play, and are back in the Champions League! 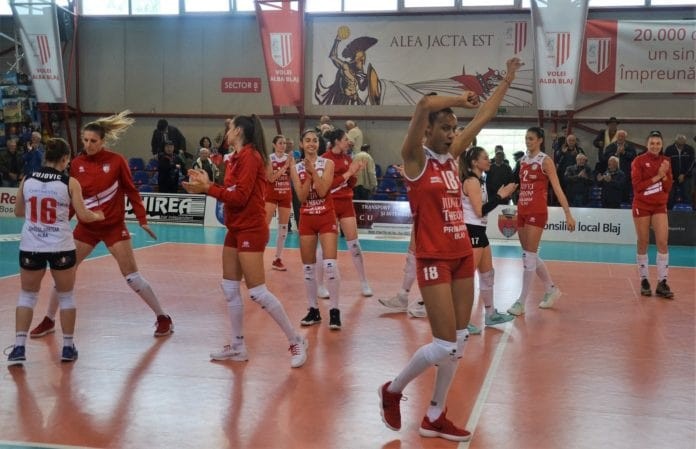 By beating Dinamo Bucurest in the rescheduled opening-day match of the 2nd phase, CSM Volei Alba Blaj (finalists in the 2017-18 Champions League and in this year's CEV Cup against Busto Arsizio) were crowned Champions of the Rumanian women’s league, with one game to spare.

With just one game left to play next Wednesday, CSM Bucharest, are now an irretrievable six points shy of the top spot. The championship title, the fourth in the club's history, also means they have qualified for the next Champions League.