19 November 1995. Exactly 26 years ago, a young boy made his début as goalkeeper at the Tardini Stadium, in his first appearance in Serie A, stopping Capello’s Milan in its tracks with a score of 0-0. And so a legend was born, with he proving unstoppable and going on to enjoy a hugely successful career.

Starting from the current season, the same goalkeeper has returned to defend the goals for Parma, as if no time had passed. To mark the anniversary of his début, Parma Calcio 1913 and Erreà Sport are paying tribute to the footballer with a commemorative shirt, putting a modern spin on the shirt worn that day.

The shirt combines three patterns, clearly influenced by 1990s style. The first is red, depicted against a white background in the bands along the shoulders, below which are black inserts that extend mid-way down the shirt. These give way to a second extravagant pattern in white and red, in glitch style. The same colours are repeated on the front of the shirt, where the white upper section and red lower section meet in the centre to create the third and last pattern, this time a dotted effect.

The collar has been redesigned in an unusual style, which sees the round neck combined with a polo-neck look. Worth noting is the neck tape, with “1995-2021” printed on it in an original “throwback” style. 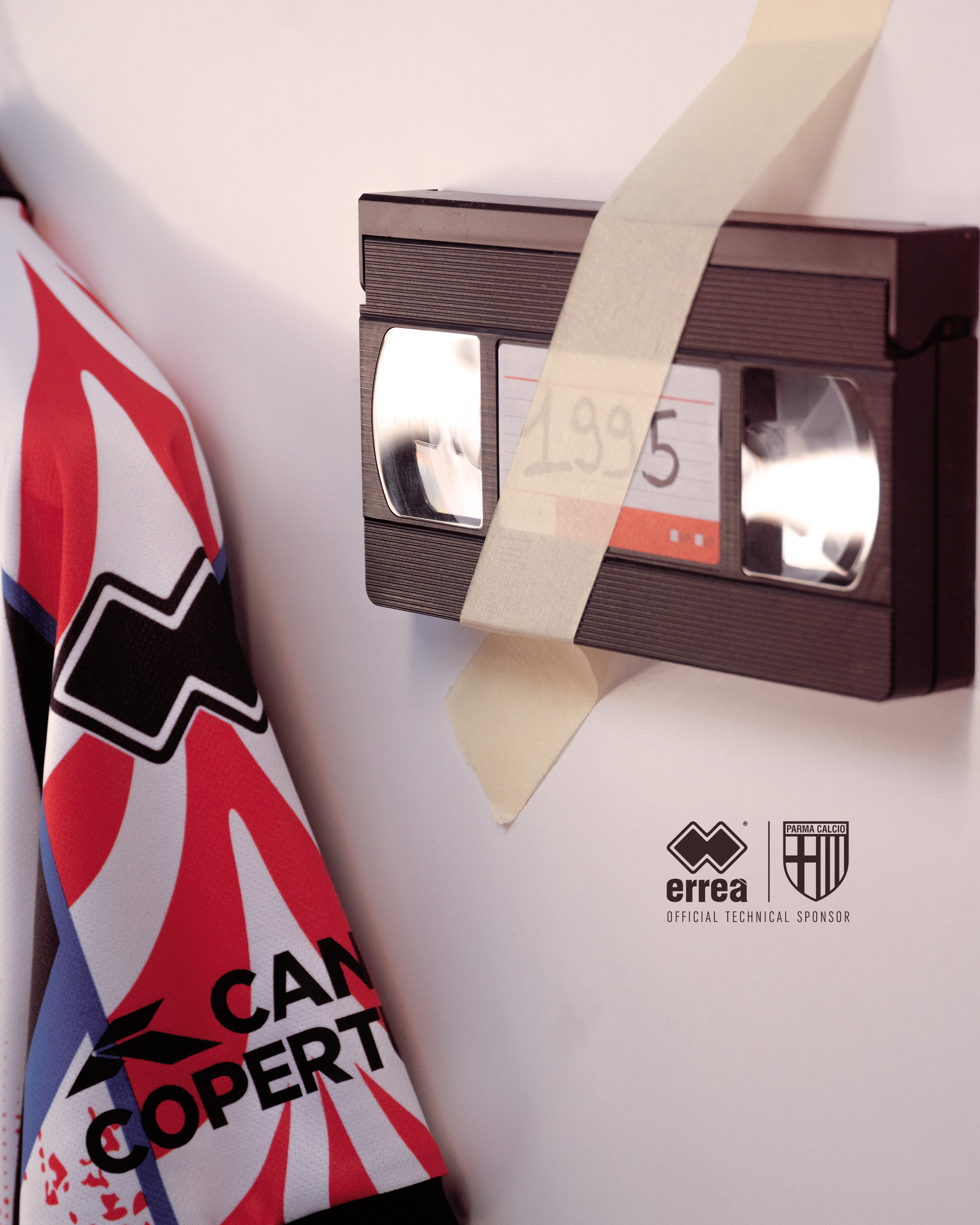 The special shirt will be worn by Captain Buffon during the Parma – Cosenza home game scheduled for Sunday, 21 November 2021. The shirt is available from today at a price of €119 and comes in a special box, inspired by the shirt. The box contains the shirt and a card depicting Buffon during the 1995/96 season wearing the iconic début shirt, signed by the player himself.

A unique and exclusive collector’s item, on sale at the Parma Store at the Tardini Stadium and on the websites store.parmacalcio1913.com