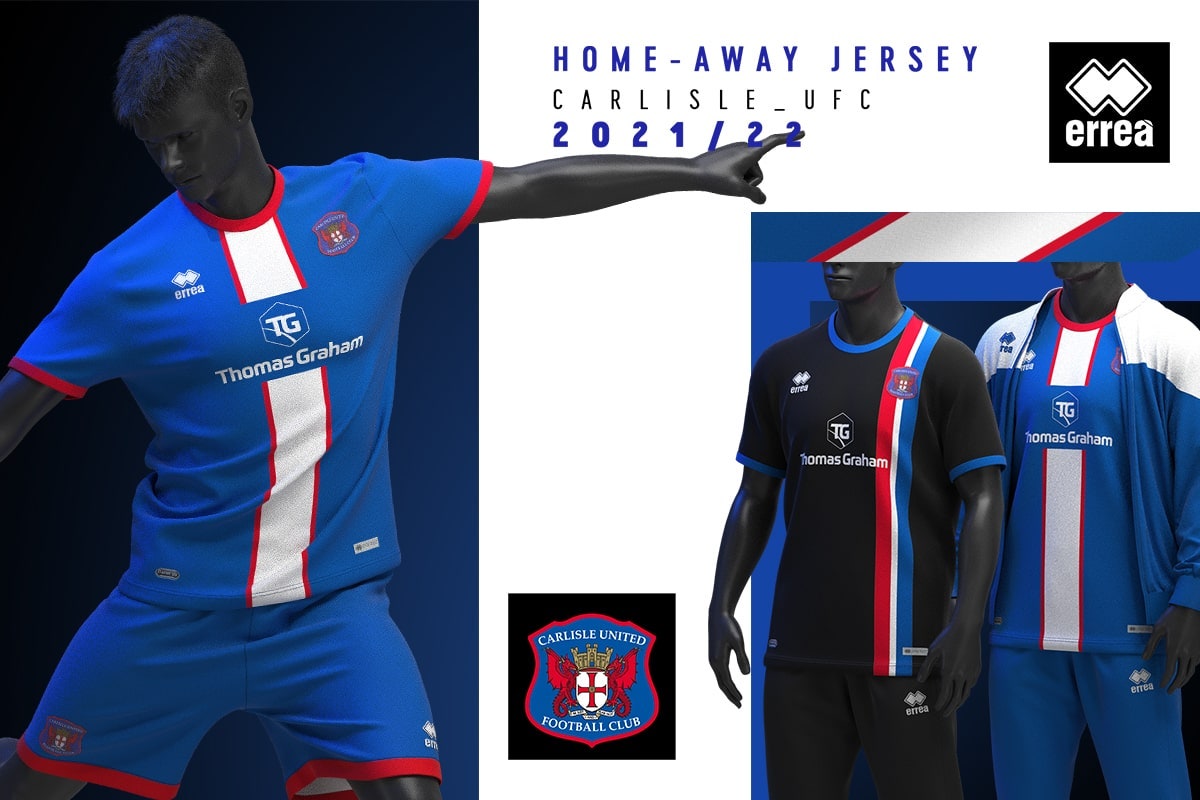 New and updated graphics complement the simplicity and clean lines in the new kits created by Erreà for Carlisle United F.C. for the 2021-2022 season.

The centre of the home shirt, with its simple and linear design, created in transfer print, features a white vertical band edged in red. The crew neck collar and sleeve edges are also in red. The background is all in blue and together they make up the club’s classic colours.

The club’s identity is emphasised with the initials “CUFC” on the inside of the collar, whilst the usual stylised symbol of the Red Fox, the nickname of the club, appears on the outside. 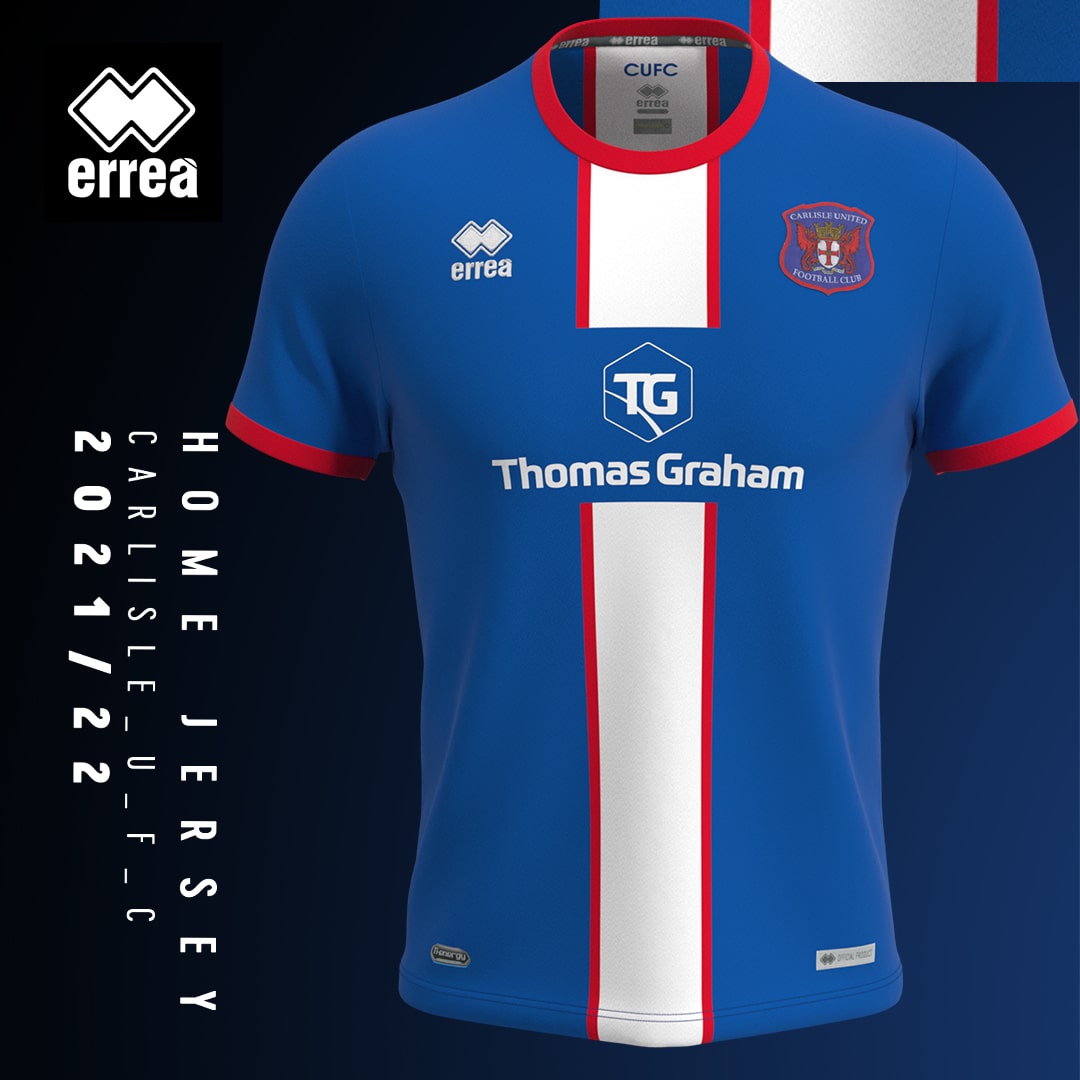 The away shirt, usually intended to show off the most original innovations, is both impeccable and elegant.

The usual pale green background has been replaced by a refined black. The band is no longer down the centre of the shirt but is now on the left side and consists of a vertical red and blue band, divided by a narrower white stripe that runs between the two colours. 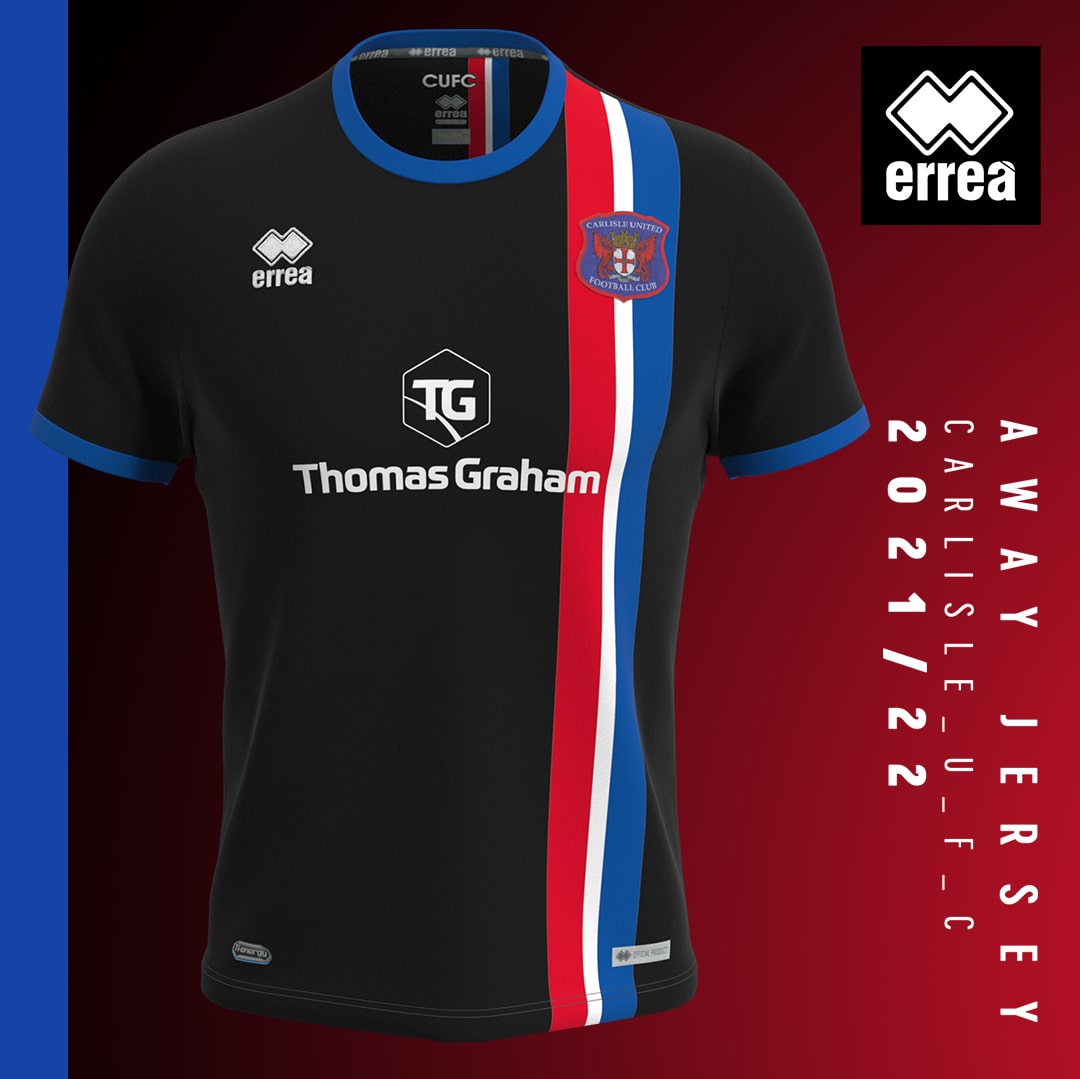 From semi-fitted wearability for the team and normal fit for the supporters, these two kits have been made from the new, high-performance antibacterial and antiviral Ti-energy fabric.

Tests performed in accordance with ISO 18184 using the SARS-COV-2 virus, have proved that in the laboratory, the Ti-energy® 3.0 fabric can reduce the viral load by 99.85% compared to a standard polyester fabric six hours after coming into contact with the virus.

This unique success in the world of fabrics was made possible by the use of two separate technologies: the zinc oxide nanoparticles, permanently encapsulated in the fibres, which have antiviral and antimicrobial properties, and the Minusnine J1+ treatment, which makes the fabric super-impermeable to liquids.

This dual function allows the fabric to form an effective protective barrier against droplets, liquids and micro-organisms and provide the players on the pitch even greater protection.